Designed by Alexandra Korolkova in 2015. Published by FontFont.

Buy
Starts at $65.99 for a single style and is available for: 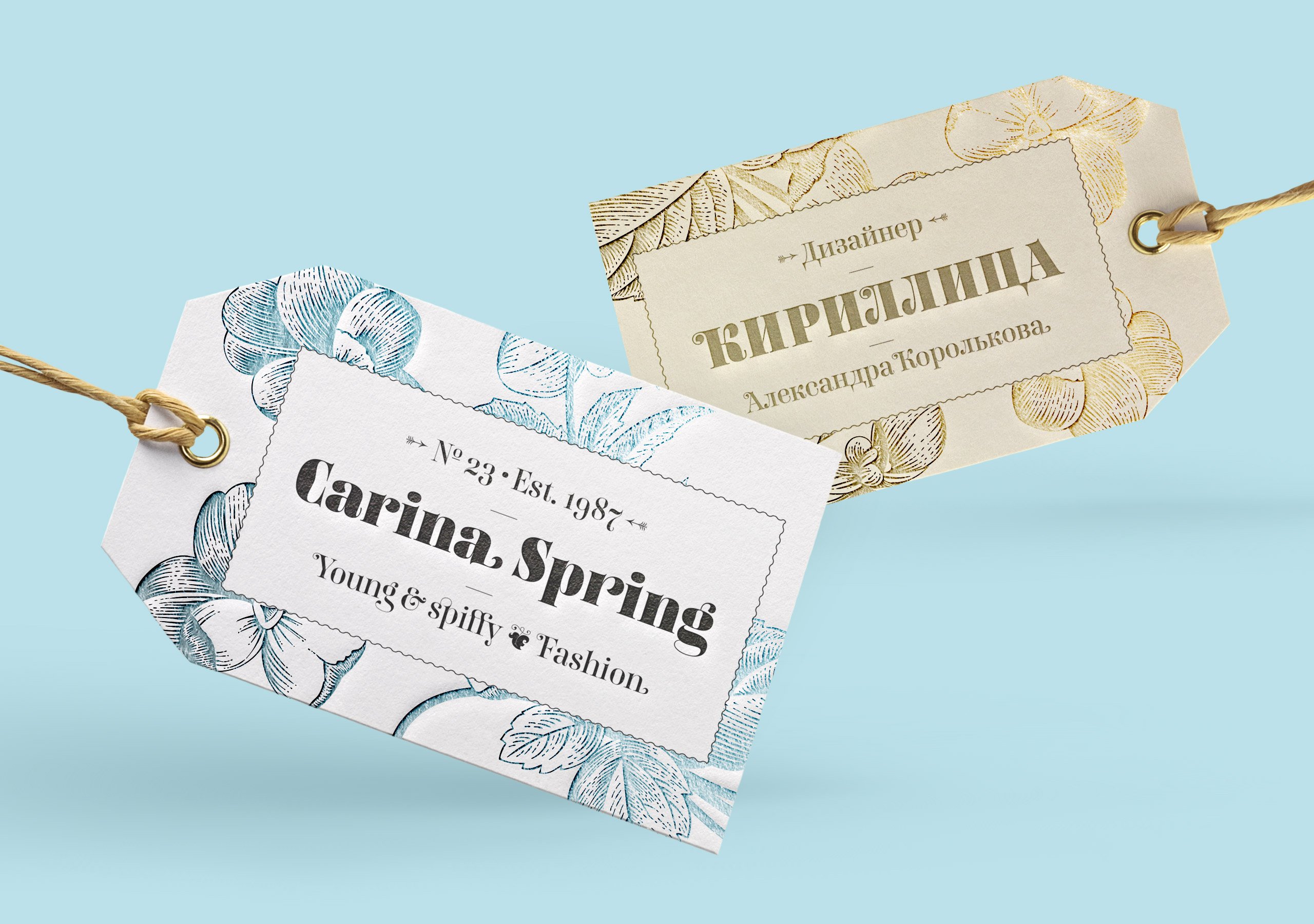 Fictitious use case for FF Carina by Alexandra Schwarzwald

Drawing inspiration from 18th and 19th century Modern serif types, FF Carina is a high-contrast typeface for display and short texts. Its round letter forms with slightly narrow proportions are derived from writing with the pointed pen. Stylish details, an extended ligature set, and ornamental swashes lend the typeface an elegant and refined appearance. The most striking feature of FF Carina is the sophisticated Cyrillic glyph set with numerous swashes and ligatures, created by a native Russian designer.