A playful, organic-looking typeface, but also designed for precision. Received a Certificate of Typographic Excellence from the TDC 2014.

Designed by Frank Grießhammer in 2013. Published by FontFont. 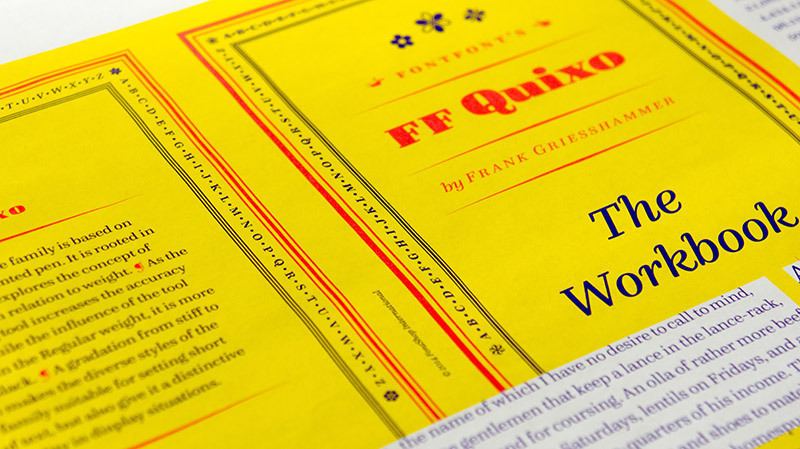 Frank Grießhammer started FF Quixo out as graduation project while studying in the Type and Media program at KABK Den Haag. Learning pointed-pen calligraphy, he explored a more casual dimension by interpreting the model with different-sized brushes. In the typeface presented at graduation each of the weights is based on a different writing tool.

Afterward, the concept was re-evaluated and considered as a starting point for a new design. Grießhammer redrew the entire family, increasing the number of styles, and changing many stylistic details to be more functional than conceptual.

In its final form, the visual influence of the writing tool is minimized in lighter weights, but is increasingly apparent at the heavier end of the spectrum. This shows a playful side without looking goofy, but also provides the necessary precision for more functional applications. FF Quixo comes equipped with all the features and considerations necessary to produce sophisticated typography; it feels at home whenever a touch of personality is required.

FF Quixo received a Certificate of Typographic Excellence from the TDC in 2014, an Out Of Box Award 2014 in the Words category, and was included in the Typographica’s “Favorite Typefaces of 2013”.