Designed by Erik Spiekermann, Ralph du Carrois and Anja Meiners in 2015, 2017, 2018. Published by FontFont as part of the FF Real Super Family.

Buy
Starts at $65 for a single style and is available for:
Some wise words from my Creative Director | 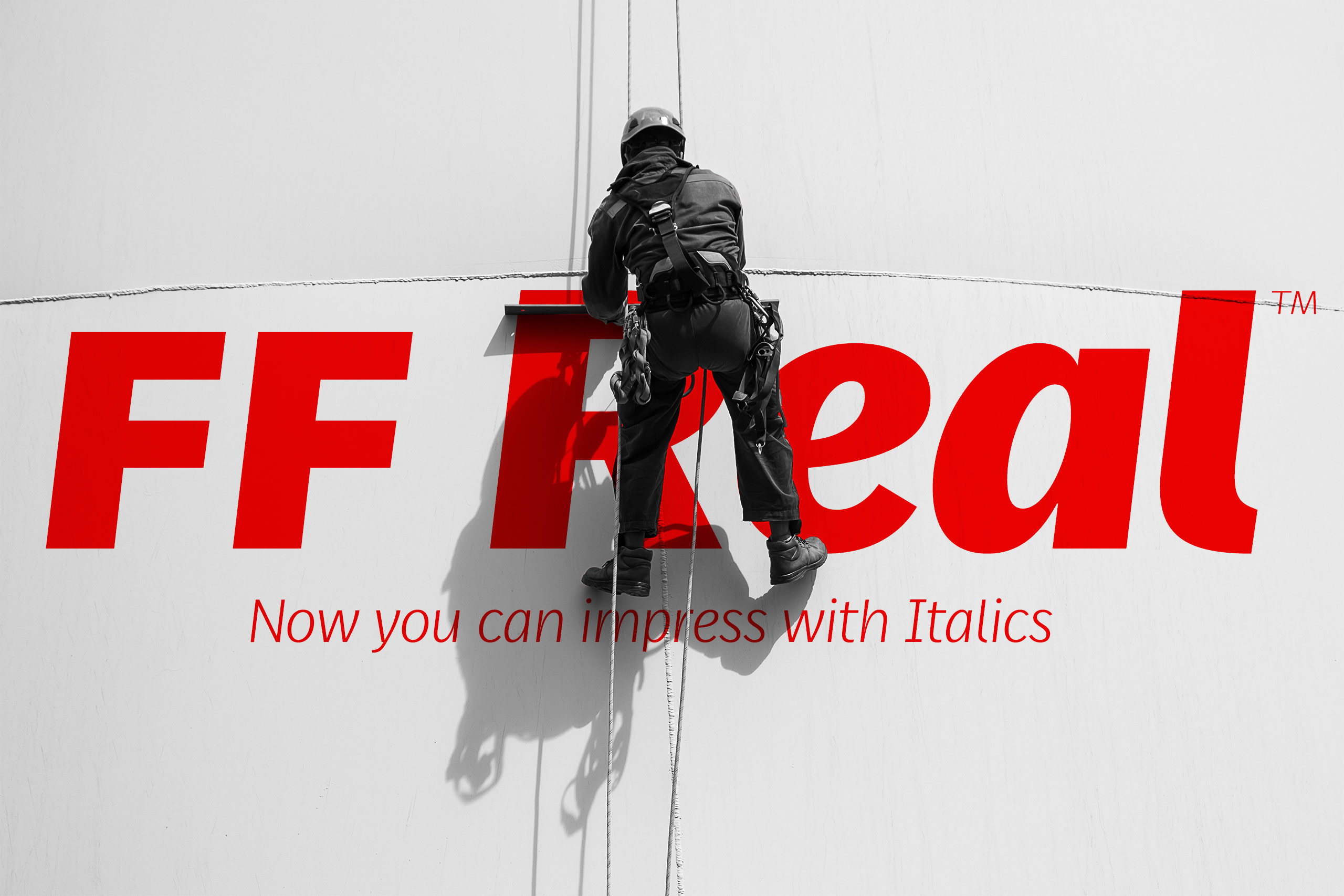 FF Real was originally conceived by Erik Spiekermann as one text weight and one headline weight to be used as the only fonts in his biography ‘Hello I am Erik’, edited by Johannes Erler, and published in 2014. While Spiekermann drew the alphabets, he passed on the font data to Ralph du Carrois who cleaned it up and completed it. In the meantime FF Real has been extended to a family of two styles and 13 weights each.

The design of FF Real is rooted in early static grotesques from the turn of the century. Several German type foundries – among them the Berlin-based foundries Theinhardt and H. Berthold AG – released such designs between 1898 and 1908. The semi-bold weight of a poster-size typeface that was lighter than most of the according semi-bolds in metal type at the time, gave the impetus to FF Real’s regular weight. In the words of Spiekermann, the historical example is “the real, non-fake version, as it were, the royal sans serif face“, thus giving his new typeface the name “Real” (which is also in keeping with his four-letter names, i.e. FF Meta, FF Unit).

FF Real is a convincing re-interpretation of the German grotesque style, but with much more warmth and improved legibility. With a hint towards the warmer American grotesques, Spiekermann added those typical Anglo-American features such as a three-story ‘g’ and an ‘8’ with a more defined loop. To better distinguish characters in small text sizes, FF Real Text comes in old style figures, ‘f’ and ‘t’ are wider, the capital ‘I’ is equipped with serifs, as is the lowercase ‘l’. What’s more, i-dots and all punctuation are round. However, an alternative set with square dots is also included, accessable via OpenType stylistic sets.

In Spiekermann’s biography FF Real Text has proven to endure all challenges of a proper text face without an italic, while FF Real Head cuts a fine figure in larger sizes with a more reduced look.