Designed by Carl Crossgrove, Charles Nix, Juan Villanueva and Lynne Yun in 2018. Published by Monotype.
Originally designed by Justus Erich Walbaum in about 1800. 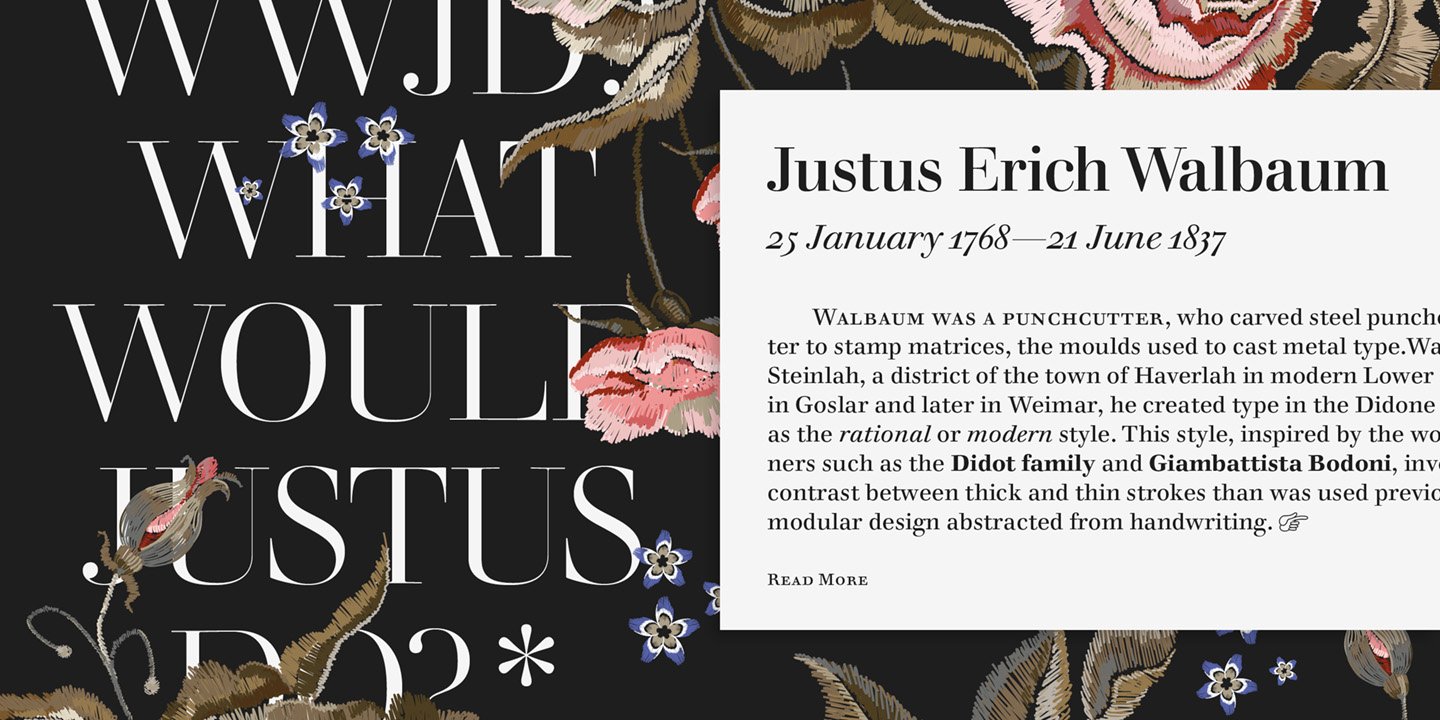